Mysteriously, all over the world the birthrates have collapsed at the same time and the experts seem to have no idea what is going on.

For example, in Stockholm it was down some 14%, in Germany it was down 12% and in Taiwan it was down a whopping 27%. Now something is going on that seems to have affected the birthrate in many countries across the world simultaneously.

“It is a drastic and remarkable reduction beyond the usual. We have never seen anything like this before, that the bottom just falls out in just one quarter” said Gunnar Andersson, professor in demographics at Stockholm University to Dagens Nyheter.

It would be on thing if it only happened in one country. But when it happens in many countries simultaneously, something weird is going on. (…)

Norway now has the lowest birthrate on record.

So Norway too has since a decrease in the number of births this year, however it doesn’t seem to be as bad as it has been in many other countries, so let’s take a closer look.

This correlates with what I found in the Britain where some younger women did not appear to have as many babies as they normally would. 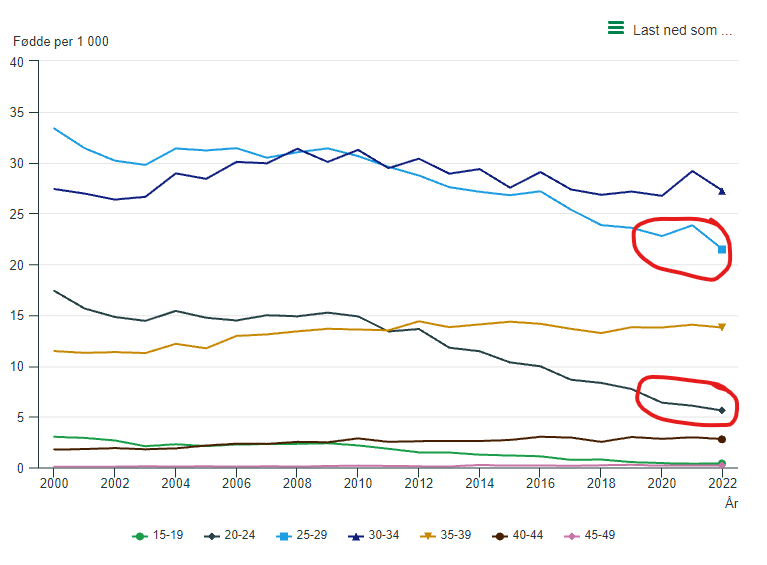 Another thing I saw when looking into the birthrate statistics is that there appears to have been an increase in the death rate in Norway this year. 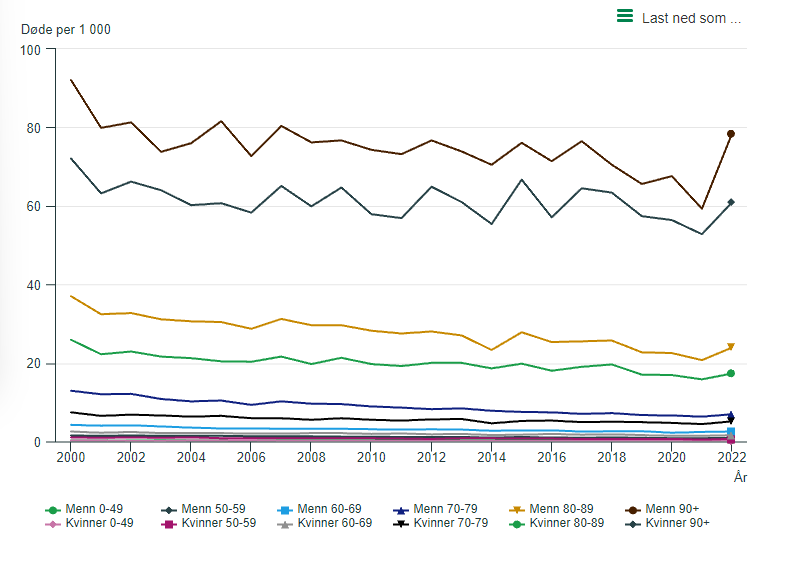 Now it should be said that death rate in Norway was actually lower than normal during the pandemic years of 2020 and 2021, only to increase dramatically in 2022.

”The death rate was artificially low in 2020 and into 2021 due to restrictions against the corona pandemic. These helped protect the most vulnerable among us and did so that more people got to live longer than during more normal circumstances. Now most of the restrictions are gone, and for the third quarter in a row the death rate was higher than during the same period a year before” says Espen Andersen at SSB, the Norwegian statistics bureau.

So births are down. The death rate is dramatically up.

What is going on here?

A commenter added a birth rate chart for Slovenia: