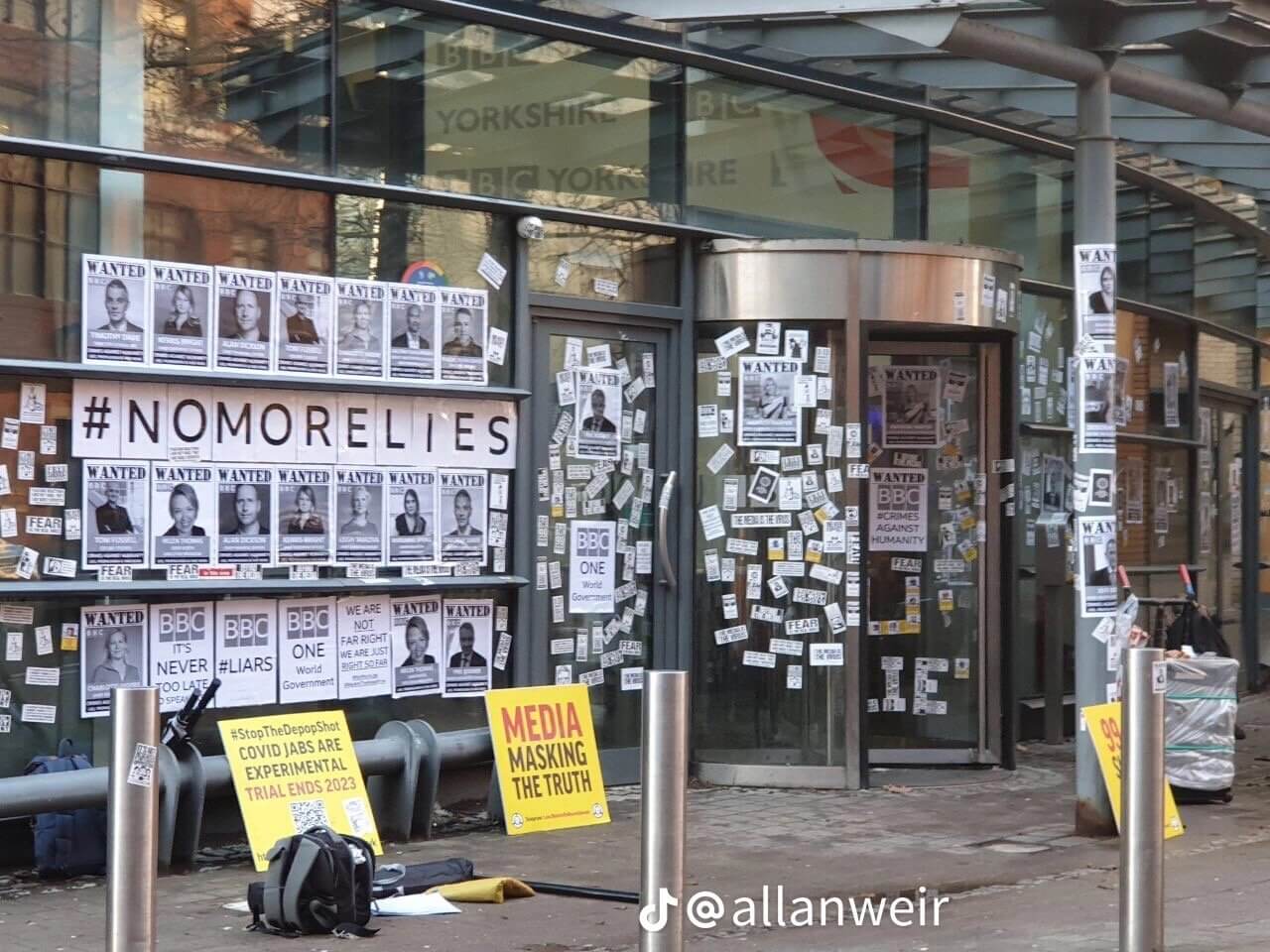 The people have had enough. At least six BBC buildings across the UK were covered with placards and photos of people who died from the COVID vaccine.

The rally called the “media is the virus” was held on Saturday, January 7th, and it was organized by three different groups: The People’s Resistance, Freedom Fighters, and The North Unites.

“The BBC are traitors to our country,” according to a post on Telegram. “All mockingbird media are traitors to everyone’s country and have been for a very long time,” the post continued.

The groups posted stickers on BBC’s windows with photos of the people who died from the vaccine.

“BBC buildings today were given some TRUTH,” a post on Telegram reads. “Enough is enough … the media is complicit in the biggest crimes against humanity and need to be held accountable for the deaths and harms caused to our friends and families.”

According to the announcement from the groups, the BBC: