It appears that the BBC has completely ignored the peaceful protest march, on Saturday, 24 April in London, where it is said that 750,000 took part. However, Sky News has made a video report showing the massive crowd walking down Oxford Street. The march began in Hyde Park and lasted around four to five hours.

“Lots of other concern as well about the potential for vaccine passports.”

White added: “A lot of different groups that have come together with a lot of different areas they are concerned about, under a general heading they say of an attempt to preserve their freedoms – and rail against what they say is a continuing effort by the government and authorities to curtail those freedoms.”

In contrast to the video, the article underneath the video attempts to push through the narrative, e.g. by calling the claims made by the participants conspiracy theories, and then goes on mentioning an incident that took place after the march.

Please check your inbox or SPAM folder for the confirmation email! Please add The White Rose to your safe emails.

Thank you for supporting us in our efforts to defend freedom. We are grateful for any donation, no matter how small.

Please use the donation button, and you will be redirected to PayPal (you do not need to have a PayPal account in order to make a donation):

Please print out this leaflet for reading and sharing! 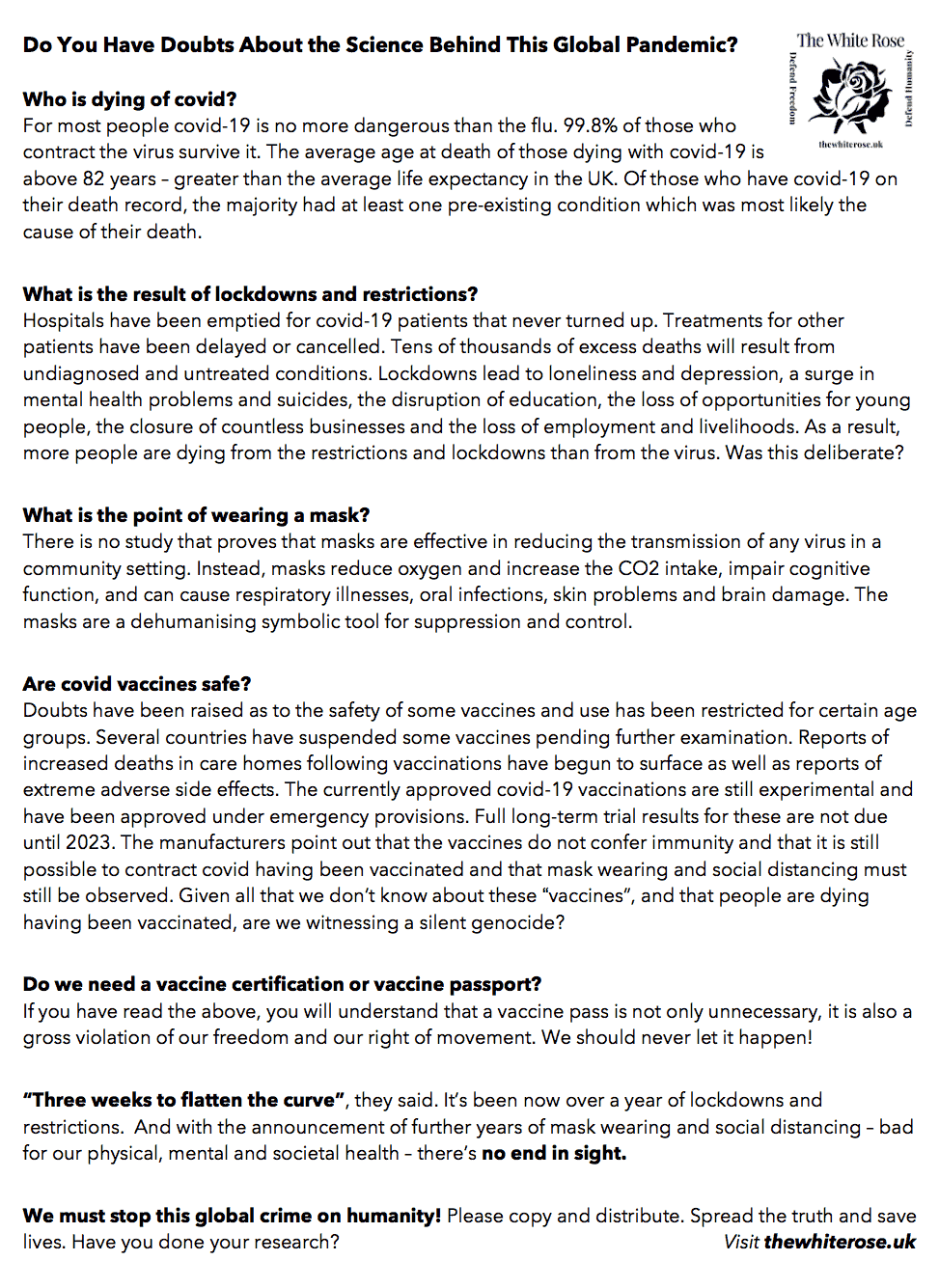 Download this flyer for wider distribution. There are two of the same text on one sheet which you can cut in half: 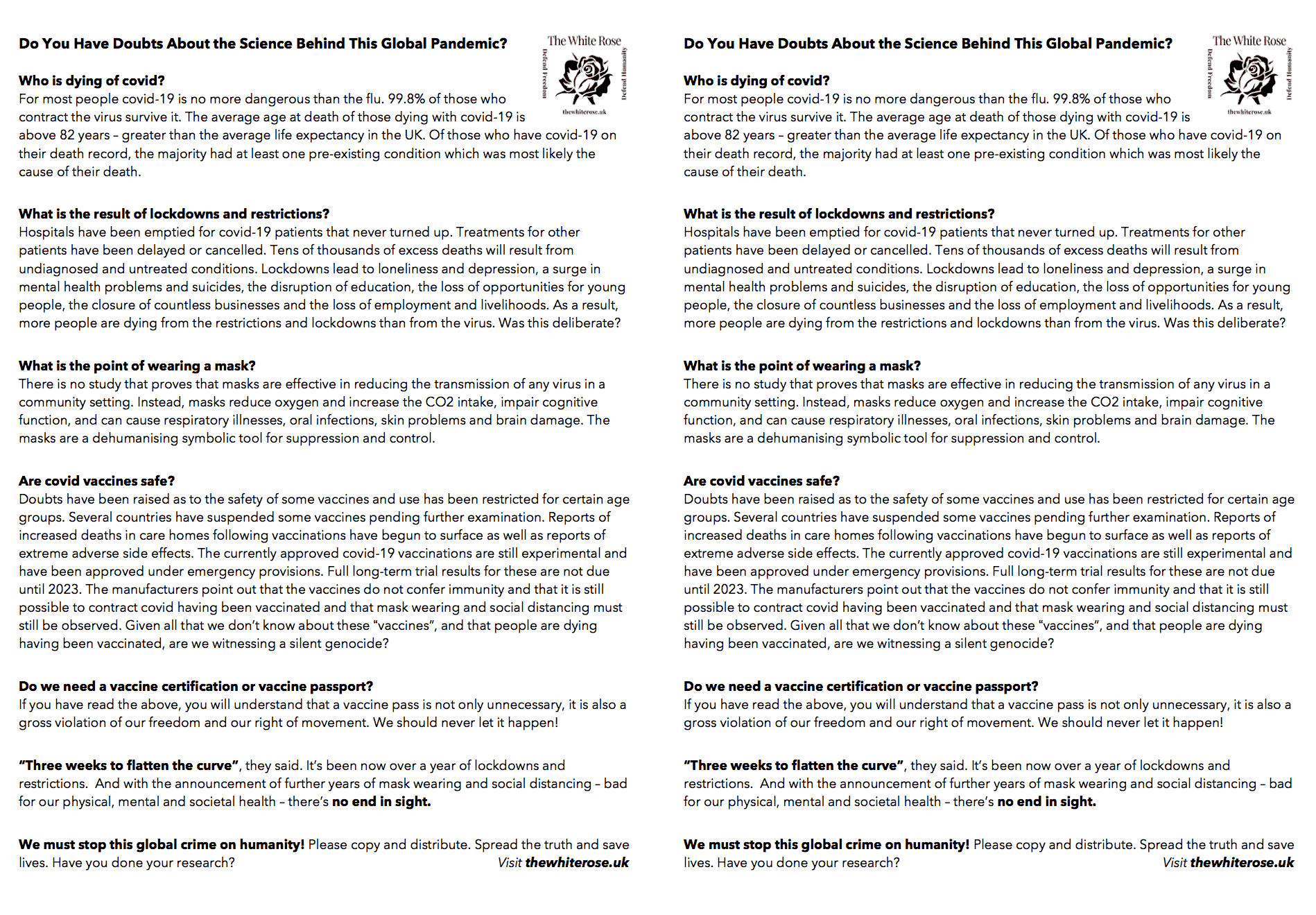 This flyer is suitable for handing out on the streets/at protests (divide in four): 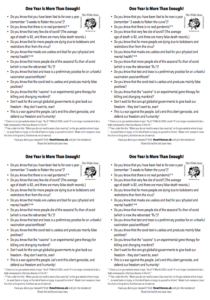 A leaflet warning about the covid “vaccine”: 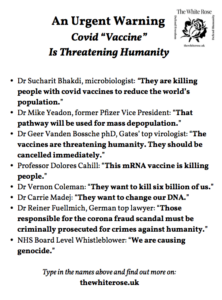 Double (cut in half): 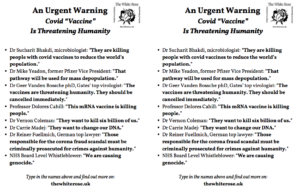 Suitable for handing out (cut in four): 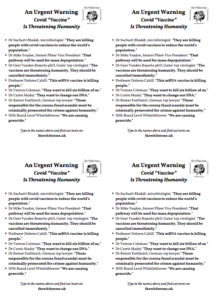 Several people have been contacting us because of White Rose stickers. Please note that we do not do stickers. However, there is a coexisting White Rose group on Telegram that distributes stickers.