In her article Letter to the German Bundestag Margaret Anna Alice compares today’s Germany with Germany during the 1930s and 1940s. She also makes references to the German White Rose resistance group:

In June 1942, Munich citizens opened their mailboxes to discover the first White Rose leaflet, which read in part:

“Isn’t it true that every honest German is ashamed of his government these days? Who among us can imagine the degree of shame that will come upon us and upon our children when the veil falls from our faces and the awful crimes that infinitely exceed any human measure are exposed to the light of day? If the German nation is so corrupt and decadent in its innermost being that it is willing to surrender the greatest possession a man can own, a possession that elevates mankind above all other creatures, namely free will—if it is willing to surrender this without so much as raising a hand, rashly trusting a questionable lawful order of history; if it surrenders the freedom of mankind to intrude upon the wheel of history and subjugate it to his own rational decision; if Germans are so devoid of individuality that they have become an unthinking and cowardly mob—then, yes then they deserve their destruction …

“But these days, Germans appear more like a shallow, irresolute herd of opportunists who have had all the marrow sucked from their bones. Now that they have been robbed of their essence, they are willing to be pursued to their destruction. This is how it appears, but it is not so. Rather, every individual has been jailed in an intellectual prison after having been slowly, deceptively, and systematically raped. Only as he lies there in chains is he aware of his doom. A few recognized the pending perdition [for what it was]. The reward for their heroic exhortations was death …

“If everyone waits till someone else makes a start, the messengers of the avenging Nemesis will draw incessantly closer. And then the last sacrifice will have been thrown senselessly into the jaws of the insatiable demon. Therefore in this last hour every individual must arm himself as best he can, aware of his responsibility as a member of the Christian and western civilization. He must work against the hostage of humanity, against fascism and all similar systems of an absolute State. Offer passive resistance—resistance, wherever you may be, prevent the continuation of this atheistic war machine before it is too late …”

During the final seconds before his beheading, Hans cried out, “Long live freedom!”

Bidding her parents a fearless farewell, Sophie predicted, “What we did will make waves.”

“After a short while her cell, too, was empty. She left the indictment sheet behind, and on its reverse we found the word ‘Freedom’ hastily scribbled.”

The White Rose UK has published English translations of six original leaflets written by the German White Rose during World War II, that are filled with thought-provoking observations and astounding parallels to what is happening today. See here.

Letter to the German Bundestag

And you let it. You welcome it. You sieg heil it.

But it’s different this time—it’s for the public health! I’ve heard that one before:

“From 1933 to 1945, Nazi Germany carried out a campaign to ‘cleanse’ German society of individuals viewed as biological threats to the nation’s ‘health.’… This campaign was based in part on ideas about public health and genetic ‘fitness.’”

“Nazi propaganda often portrayed people persecuted by the regime as vermin, parasites, or diseases.… During the years of the Nazi regime, German doctors argued that Jews spread disease. Reflecting common themes in Nazi propaganda, these medical professionals repeatedly pushed the false claim that Jews were responsible for outbreaks of typhus—a deadly contagious disease spread by lice …

“The respected status of German physicians helped spread the lie that Jews were responsible for spreading typhus. Concerned only with preserving the health of German personnel, German public health officials in Poland repeatedly urged occupation authorities to isolate Jews further from the rest of the population and deny them access to medicine. Their professional medical advice was used to rationalize the creation of ghettos throughout occupied Poland.”

Hey, that sounds like policies advocated by pandemic-of-the-unvaccinated Big Lie propagandist and quadruple-injected-now-infected Minister of Health Karl Lauterbach, who recently fulminated at the unvaxxed vermin in a textbook demonstration of defining the enemy:

“Thanks to your effort, we achieved this [saving lives during the pandemic]. But those of you protesting the [mandated] vaccination, you do NOT have a contribution to our success, and you are not supposed to be here. You do not have a right to be here!

“Here we have the [vaccinated] ones that we owe our success to. YOU on the other side did not play your part. It’s an impudence you have the audacity to join these rightful protests of those [healthcare] workers that always were and still are burdened with hard labour. YOUR work is worth nothing!”

Lauterbach is also the spouter of this coercive double-think:

“No one will be vaccinated against their will; the vaccine mandate will simply lead people, ultimately, to accept voluntary vaccination.”

“He knows nothing; and he thinks he knows everything. That points clearly to a political career.”

There’s something so familiar about that still of Lauterbach addressing the crowd. What could it be.… Oh, I know! 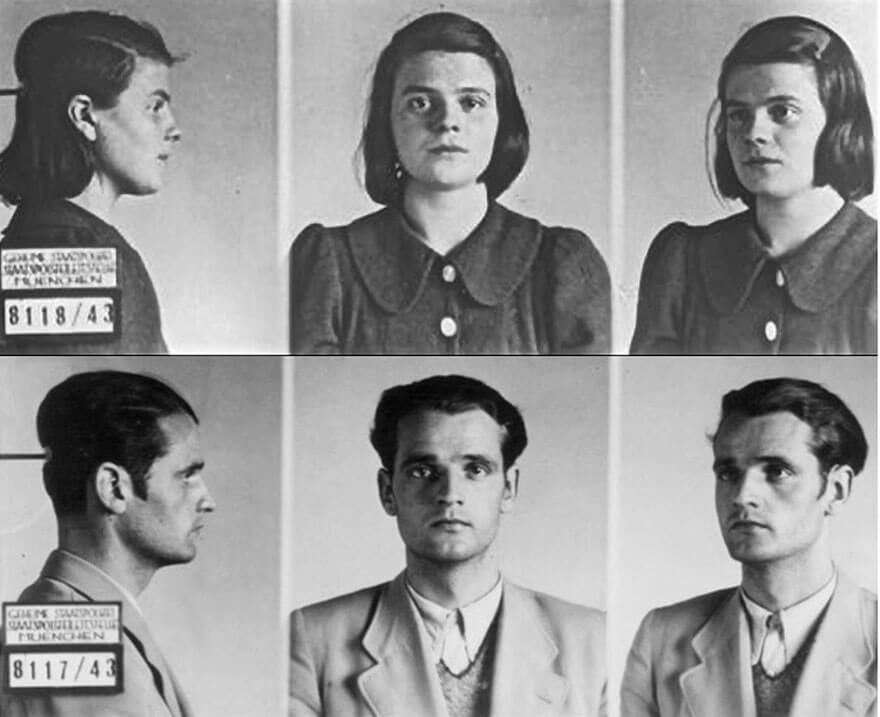 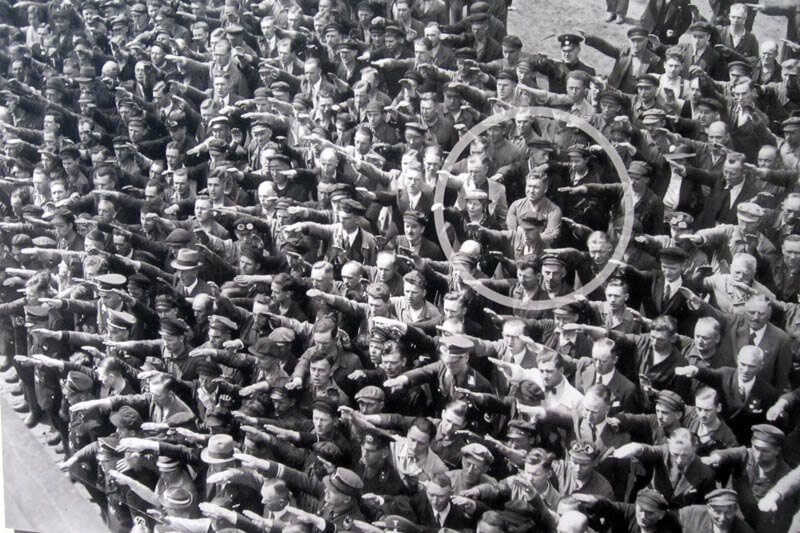