The most important single message I’ve ever written.

It was prompted by this superb expose of malfeasance in UK government.

Dear everyone who is nervously looking around and is asking “What the hell is going on?”,

I hope this isn’t too controversial. It’s certainly frightening, but I believe we are still the right side of disaster and if enough of us become aware of what is happening here and everywhere in the democratic world, we can recover the situation. We really don’t have long. I believe it’s likely things will change irretrievably over this coming winter. Hence this urgent and unusual request.

Everything that’s happened and is happening becomes much simpler and it all makes sense, only when you force yourself to think the impossible.

If you experimentally adopt the position that our government is actively working to harm us, to dismantle modern society and enslave all people in a digitally-controlled totalitarian world, it all fits. Nothing is surplus.

Even if your immediate response is that this is absurd, please try it for a day or so.

I ask you further to adopt the experimental position that the media, controlled by just six global corporations, all allied to a single global organisation you’ve all heard of, is relentlessly lying to you and has been doing so for over 2.5 years. Same for the internet, controlled by fewer global corporations, also all allied to that same global organization.

Because I am certain it’s true.

I am certain because this all started with a scientific fraud relating to a virus, augmented it with a relentless campaign of fear, imposed measures known to be useless, which wrecked the economy and smashed civil society, then coerced most to accept useless, unnecessary, ineffective and deliberately dangerous injections. Obviously this is an odious crime. Nothing like it has ever happened.

I have absolutely no incentive to say any of this if I wasn’t certain.

This all took place “in my wheelhouse”, my domain of expertise.

I’ve given over 70 interviews, all censored. I’ve been foully smeared. It’s propaganda. It tells you what they’re capable of.

Here’s what Pfizer’s former board member wrote about my accomplishments. 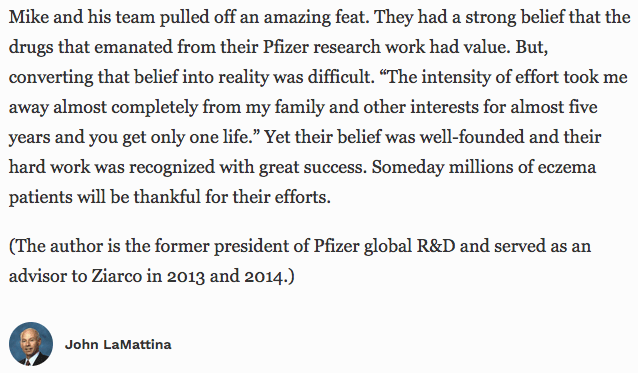 Many have asked why people didn’t resist tyrants in the past. Partly it is fear. But it’s more than that. It’s that normal people, like you and me, simply cannot imagine being so evil.

We trust in humanity. And so we should. Most people are good. Few are truly terrifyingly horrible. But some are.

It’s the inability to believe it’s happening that really stopped people objecting when they should, when the evidence was unmistakable but had not yet quite reached their door, their family.

They are coming for you and your children. It is happening again. There’s ample evidence emerging of long term, patient planning.

It’s now up to you. I genuinely don’t see what else I can do.

Best wishes and sincere thanks,

‘This is not a hospital, this is a concentration camp…’: