Mike Donio is a pharmaceutical scientist who left the industry after pulling back the curtain on corruption, lies, and medical fraud.

He is an accomplished scientist with 20 years of experience, including 15 years in the biotech and pharmaceutical industry.

He was fired after refusing the “Covid vaccine”, which is further evidence of what David Rasnick refers to as the “Tyranny Of Dogma”.

California State University’s Leemon McHenry published a superb book titled The Illusion Of Evidence-Based Medicine, in which he exposes the corruption of medicine by the pharmaceutical industry, from exploiting unsuspecting people for drug testing, to manipulation of research data, to disease mongering, and marketing drugs for imaginary health issues.

Del Bigtree has revealed how the American government (including the CDC and FDA) collude with Big Pharma for monetary gain, particularly where safety trials are concerned. Or rather, the lack of safety trials.

Roman Bystrianyk co-authored a book called Dissolving Illusions, in which they use official data to show how, over the last century, no vaccine has worked in the way promised by the pharmaceutical industry and governments.

The point is that Big Pharma is untrustworthy, and few scientists are as close to the action as Mike Donio. (Jerm Warfare/Odysee) 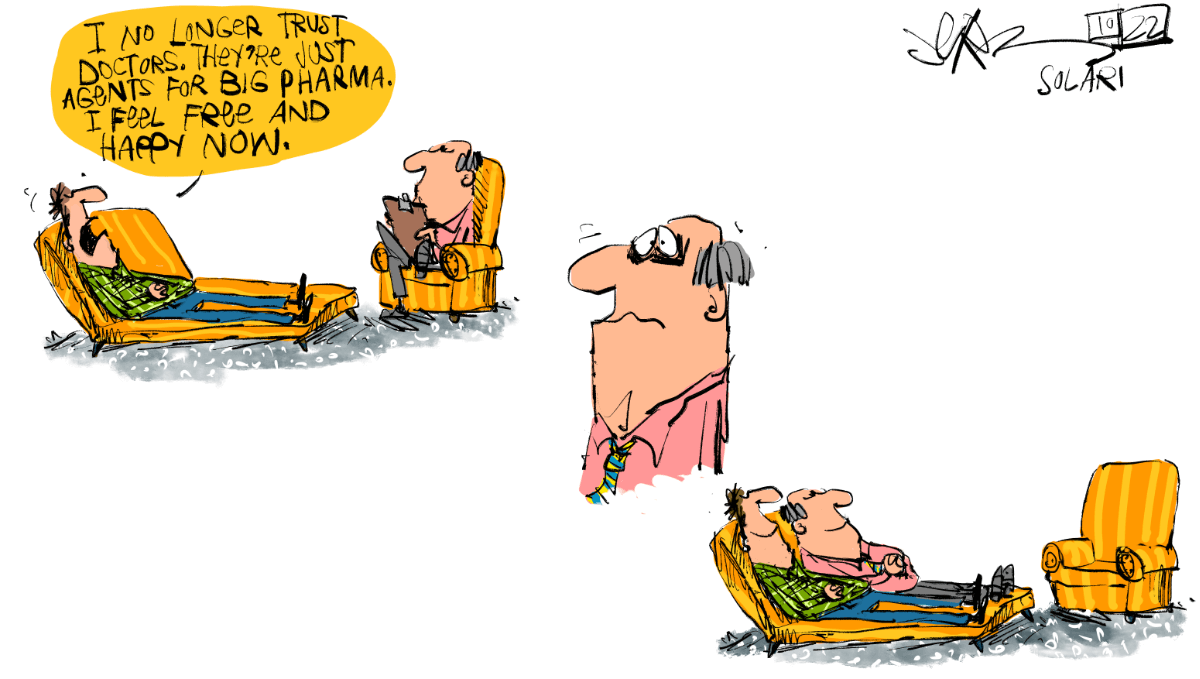