A lot of nonsense is being talked about monkeypox which is the hypochondriac’s disease of the moment – even more popular than ‘long covid’.

Given the amount of money that the drug companies seem likely to make from it, the disease should be renamed moneypox.

Humans who catch the disease have, in the past, often had close contact with animals. For example three young sufferers in Boudua had all been observed to play with internal organs removed from recently killed monkeys.

Now I may be wrong but I suspect you won’t see a lot of that sort of behaviour in the Cotswolds, the centre of Paris or on Long Island. Kids are too busy playing with their smart phones to spend much time tinkering with monkey organs they picked up in the playground.

Nevertheless, the mainstream media is having a field day and is, doubtless under instructions from the conspirators, spreading lorry loads of lies and misinformation. According to one paper, you know you have monkeypox if you have a temperature, a headache, muscle aches, backache and feel tired. Oh, and a rash later on that looks like chickenpox or possibly smallpox though no one knows what smallpox looks like because there hasn’t been a case since 1980, when it was officially declared extinct, except for the odd bottle of the virus being held in laboratories so that scientists could play Dr Doom.

(Incidentally, the disappearance of smallpox had nothing to do with the smallpox vaccine, as I explained in my book Anyone who tells you vaccines are safe and effective is lying. Here’s the proof. Despite this, the American Government holds enough smallpox vaccines for most of its population. If you’re naïve, you may well wonder why the US taxpayers have bought 119 million doses of a vaccine for a disease that hasn’t existed since Pink Floyd released ‘Another Brick in the Wall’.)

Another report on monkeypox swapped `feeling tired’ for `listlessness’ on its list of symptoms.

Oh, and added swollen glands to the list – thereby picking up another two million people with sore throats.

There can’t be more than five million people in Britain with those symptoms right now. So they’ll all be lined up in a queue outside the local Accident and Emergency department by tomorrow lunchtime. And since the tell-tale rash doesn’t appear for several days, no one will be able to tell them whether they have the flu or the monkeypox. Cue panic, fear and endless TV programmes about vaccines.

Journalists are also spreading the word that you can get monkeypox by eating meat. And it’s my guess they’ll get a bonus from the conspirators for that one. The supermarkets will doubtless have to remove monkey chops from the shelves.

Incidentally, journalists and scaremongers should be aware that monkeypox is contagious not infectious. To save them looking it up that means it’s transmitted by contact (which is why it is wrongly being linked to sexual transmitted diseases).

There’s much talk of people dying, though monkeypox isn’t particularly deadly (the official figure seems to be about 3% but that’s probably a wild exaggeration because I’d guess that up until now the only cases that have been diagnosed (largely in the tropical rainforests) have been the serious ones. I’d guess that most cases of monkeypox will have been ignored or dismissed as the chickenpox.

So, what’s it all about?

Well, it could be just all part of the fearporn that the conspirators love so much. The enthusiasm of the mainstream media to run with this one rather suggests that’s a real possibility. Scare everyone to death so that they continue to wear masks, sort their recycling properly, ignore what’s happening in the real world and keep away from zoos.

It could be to prepare the morons who took the covid-19 jab to rush and get themselves jabbed against monkeypox as soon as the monkeypox vaccine centres have been set up. The big drug company bosses are doubtless already sorting out their bonus cheques and wondering how many noughts you can squeeze onto a cheque without a few falling off the end.

Or it could all be to distract us from the big story: the World Health Organisation’s plan to take over the world and become the forerunner of the World Government the conspirators have been working towards for two years.

Or it could be all three.

I’ll write more about the rancid WHO’s evil plan to hold us all prisoner but meanwhile if you want to know more about the monkeypox story take a look at Amazing Polly’s excellent and thoughtful video. You can find it here:

The Public Health Mafia is caught red-handed planning another ‘outbreak’ from which they can terrorize the public and make bank. 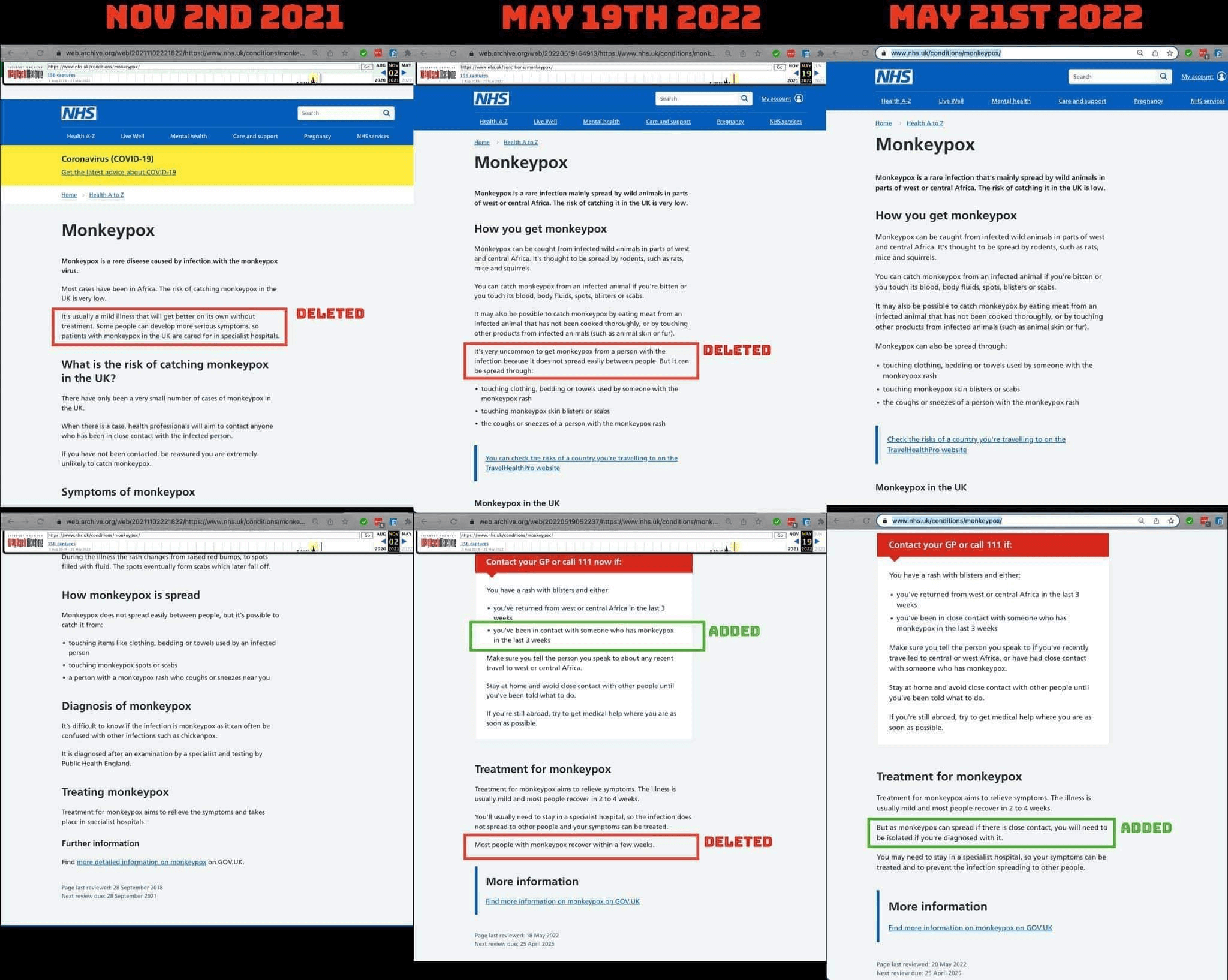 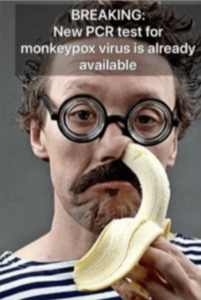