When the clapping started two years ago, at the beginning of the manufactured pandemic, sceptics knew something was fishy. By then, with a little research, we had found out that covid-19 was no greater threat than the common flu. If there was nothing to be afraid of then why did this soviet-style clapping take place? It was to cover up the farce and the truth behind the induced panic! The celebration of the NHS, with rainbows and thank-you stickers everywhere, became a new kind of cult worshipping a false hero. In fact, many examples, like the one below, prove that the NHS was and still is doing quite the opposite of heroic deeds.

My personal experience on Death Row

On 10th April I was admitted to hospital with a breathing problem. I tested positive for covid and moved to a covid ward. I heard the ambulance driver say to his partner: “I approve of natural selection.”

Most of the patients were elderly and had dementia and very severe underlying health conditions.

I was on oxygen for 10 days with little improvement. I had drips and other things.
We were locked-in, 24/7 with a guard watching. The only visitors were those allowed to say their last goodbye.

People were dying around me, but clearly not from covid but from other conditions. I kept hearing staff say to put them on the end-of-life.

I discharged myself after ten days, and I’m improving. The day after coming home, an ambulance was sent three times in one day to try to get me to go back. I refused, so a doctor rang me and said I was seriously ill, and if I didn’t go back I would die alone at home. How reassuring.

Each time I tried to leave the hospital I was given excuses: “Your oxygen levels are too low,” or “You’ve picked up a blood infection.”

I have just found out oxygen should only be given if levels fall to 82. Mine were 88, almost constant, yet I was told to keep my oxygen on, 24/7. I also said I do not take certain meds regular, only when I need them, as they affect my breathing, yet they insisted I took them regardless.

The more I find out, the more I see these wards are killing people. I have been home now for seven days and improving by the hour—what does that at least tell me.

Had I not discharged myself I would still be there now—in fact I now feel I would be a number among those who died in the last 28 days.

Addendum: Thank You for publishing my story yesterday. We need a lot more people coming forward with their own testimonies.

Since you published it, my partner has told me more: When I was originally admitted to A&E, they told me I had covid. What I didn’t know is that the person in charge at A&E told her it was very mild and of no concern and that my main problem was pneumonia.

So why was I put on the covid ward? On my release notes they have put covid-pneumonia. If anything had happened, I guarantee they would have put covid on the certificate, when the truth is they told her it was of no concern.

Those who died on that ward in those ten days had pancreatic cancer, liver failure, severe heart conditions. My opinion is, not one of them died from covid.

Before I walked out they told me I had picked up a blood infection—so why were they not treating it? Yes, they left it.

Had I died of pneumonia, I now believe, they would have put me ‘within 28 of being tested’. As I said above, covid=pneumonia as on my release notes, so there’s the evidence.

Since discharging myself, my oxygen levels have gone up. I have started to feel better, but this will take time. I also wonder why ambulances are so scarce when they sent one out three times in one day to encourage me to go back. My whole stay, and what I saw, stinks of corruption and lies. 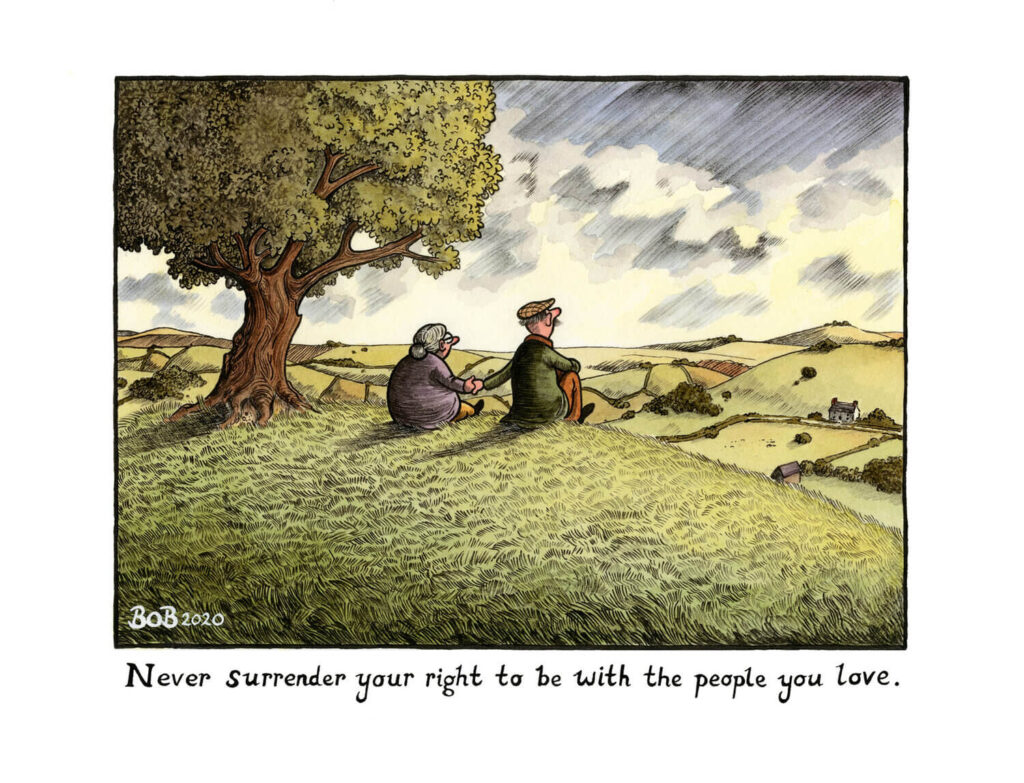