The following is an excerpt from the book Global Conspiracy, by Hugh Williams, available at St Edward’s Press Ltd. To order the book, please visit the publisher’s website here.

The Protestant Reformation and its Legacy

If we are looking for an event in history that might be considered at which this global conspiracy was launched, the main contender has to be the Protestant Reformation. It was this event that sparked a whole sequence of atheistic thinking; thinking that has influenced the way we have been taught both at school and ever since by the mainstream media.

What follows is a copy of an article that was first published on a website called alternativehistory.co.uk but, within a couple of weeks, someone hacked into the website and removed it. At the time of writing that website has not been restarted pending its security being upgraded.

For those who are like me and, for more years than I care to admit, just looked on the Reformation as being simply “another event in history”, may I list some of the things that I had been taught in school, or that I had noticed on my travels, but, instead of questioning them, I had merely accepted:

Don’t all of these facts take one’s breath away? But these extraordinary facts are not the whole story of the Reformation – not by a long chalk.

Here are some more thoughts that I had also never questioned: 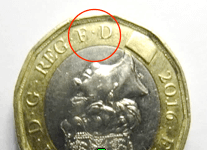 The letters FD, which stand for Fidei Defensor, Latin for Defender of the Faith, can still be clearly seen on all our coinage today 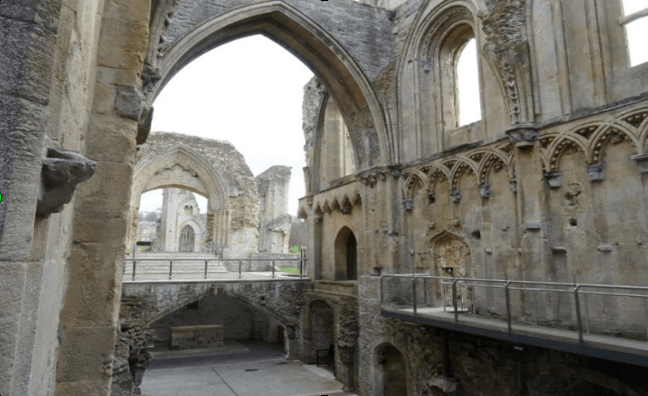 The ruins of Glastonbury Abbey – A telling reminder, and a crystal clear and irrefutable example, of what the Reformation did for England.

Now those were the things that, while glaring at me, nay demanding that I consider what they represent, I had just taken for granted; as, indeed, I suspect have many others before me. It took me nearly twenty years after leaving school for the awfulness of these facts and the hypocrisy that they represent to hit me. This understanding didn’t come to me until my late 30s, but once the truth began to dawn on me – once I began, as it were, searching in the ruins that the Reformation has left behind – a whole host of other facts started to come to light.

For example, I then began to understand that: 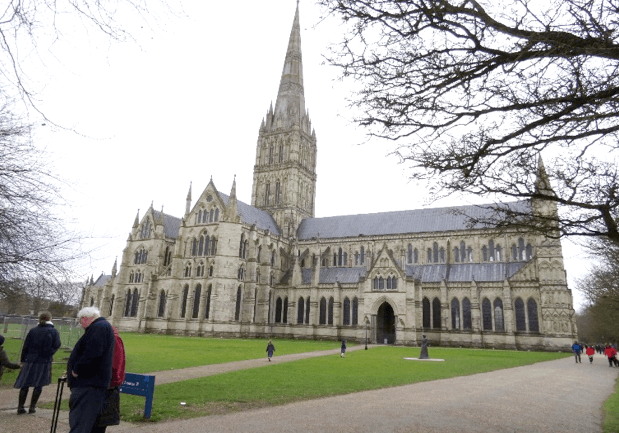 The glorious Salisbury Cathedral. Built and paid for by Catholics but stolen by the Reformers.
And yet…