Regular readers of my books and these pages will understand that the financial chaos engulfing the world, and threatening to send the UK back beyond the recession, into a deep, dark, financial depression, and back to the economic dark ages, will know that nothing that is happening is happening by accident.

This, in case you are in any doubt, is the beginning of the Great Recession, the New Normal, which the conspirators have been boasting about for years.

(Laughably, there are some ignorant collaborators who claim that the ‘Great Recession’ is another conspiracy theory. If only they were right.)

The coming financial chaos was apparent years ago.

When I wrote my book Stuffed!, back in 2012, I pointed out that: ‘The Government can no longer afford to pay the pensions it has promised to public sector workers. Nor can the Government afford to pay the State pension. And, just to make things worse, Government and EU policies have destroyed the attractiveness of private pensions. In a generation’s time our streets will be packed with geriatric, English beggars pleading to be given enough money to buy a little food.’

And now we’re very close to that.

The current UK squabble between Truss’s apparently chaotic and spendthrift Government and the apparently incompetent Bank of England is setting us all up for a perfect financial Armageddon.

Meanwhile, as British pension funds collapse, millions who were looking forward to a decent retirement can now look forward to penury, poverty and the need to carry on working until they drop. And the Bank’s Governor is in Washington with the Chancellor. I’m sure they are having a wonderful time. Might I suggest that they stay there?

British pension funds are in a mess because of the twin policies of the Bank of England and the new Government. But Bailey, who gets over half a million quid a year as Governor of the Bank (and who can rightly claim to be the most overpaid buffoon in Britain) says the problem is the fault of the pension funds for doing what they are forced to do – hold Government bonds – and that they should sort out the mess. Gilts (including, bizarrely, index linked gilts) have suffered an unprecedented collapse.

What a lot of strange things are happening these days. All unprecedented and apparently inexplicable.

But, remember, nothing is happening by accident.

Once you realise what is happening it is remarkably easy to understand just how the conspirators are pushing Britain into a real, deep and lasting depression. The International Monetary Fund says that 2023 is going to be worse than 2022, by the way. And the concensus is that Britain is in a worse mess than any other country. We’re deep in Orwell country now.

(Citizens of other countries shouldn’t laugh too much. All other countries are also heading for financial disaster. The only difference is that Britain is going to get there first.)

Everywhere you look there are lies, deceptions and mis-directions.

The Government says that the unemployment figures are low.

But that’s just a crafty bit of manipulation.

The fact is that millions of hapless, innocent young people are at university studying for degrees in subjects such as ‘Golf Course Management’. (How many thousand golf course managers does the world need, I wonder?)

Those unfortunate kids are only at university because it keeps them out of the unemployment figures. (Exams have been made much easier to increase the number of students apparently qualified for further eduction). They’re paying a fortune for fees and accommodation (and building up huge debts in the process) and when they finally qualify they’ll struggle to find jobs. Most of them will never be able to pay back their student loans. Their education will leave them with nothing but happy Saturday night memories and huge ever-lasting debts.

And then there are millions of people on benefits. They don’t count towards the unemployment figures, of course, and their numbers have been boosted by the 2 million folk suffering from Happy Furlough Syndrome (usually mis-spelt ‘Long Covid’ by collaborating brain-dead journalists). These people enjoyed their months on paid furlough so much that they don’t want to go back to work. And Long Covid (the hypochondriac’s delight) has replaced ‘I’ve got back trouble, doctor’ and ‘I’m suffering from stress, doctor’ as the primary cause of people being too sick to work.

Determined to make things ever worse, the lunatics who now run the asylum want those on benefits to receive a rise equal to inflation – rather than limited to the pay rises which will be given to workers and strikers.

This, of course, will encourage even more millions to abandon the idea of work and choose instead to join the 2 million enjoying the delights of Happy Furlough Syndrome.

Meanwhile, commentators, politicians and journalists are desperately trying to keep interest rates down to protect the million or so who have taken out mortgages. Too many assumed that absurdly low rates were permanent – and they failed to prepare and plan and save.

No one gives a damn about the countless millions who have scrimped and saved and been prudent and who are now receiving next to nothing in interest on their savings. (At some point the constantly penniless banks must surely start making money. They’re borrowing money at 0.1% and lending it out at 6%. Even greedy bankers should surely be able to make money with those figures.)

One teenage scribbler for a national publication claimed that the pension crisis is nothing to worry about. ‘If you’re about to retire then you’ll just have to delay your retirement for a few years,’ was the comforting advice. ‘And if you’re younger, just put more money into your pension to rebuild the losses.’

Heaven knows what the advice is for those who manage their own pensions who, if they’ve been prudent, will have lost up to a third of their pension fund in a day.

It is clear that that there is no place for self-reliance in the Great Reset. Putting aside some corn for the wet, difficult years is a waste of money.

The Government doesn’t want people to do that. They want everyone to be dependent on them. That’s why benefits are rising. That’s why the Government is giving out money it hasn’t got in energy caps and massive contributions to businesses.

The Government doesn’t want you to be independent. They want to control you and everything you do. In their new world, self-reliance is a nasty concept.

They want us to feel ‘entitled’ and ‘dependent’ – and under their control.

What is happening in the UK is happening everywhere else. The US is doling out bucketfuls of money with massive bailouts.

To survive without being ‘bought’ by the conspirators’ tricks, we need to cut our expenditure, tighten our belts and avoid buying big budget items. This is not the time to buy a new house, a new car or a new sofa.

Look at your pension and be prepared to alter your expectations. You may no longer be able to retire as you had planned.

Distrust the Government, Avoid Mass Media and Fight the Lies.

And please share this article with everyone you know.

Apologies for the lack of videos by the way. Apart from whatever copies still exist, all the originals of all my videos have been banned, censored or hacked and seem to have disappeared. These are dark and difficult times and, I’m afraid, they are going to get darker and more difficult. 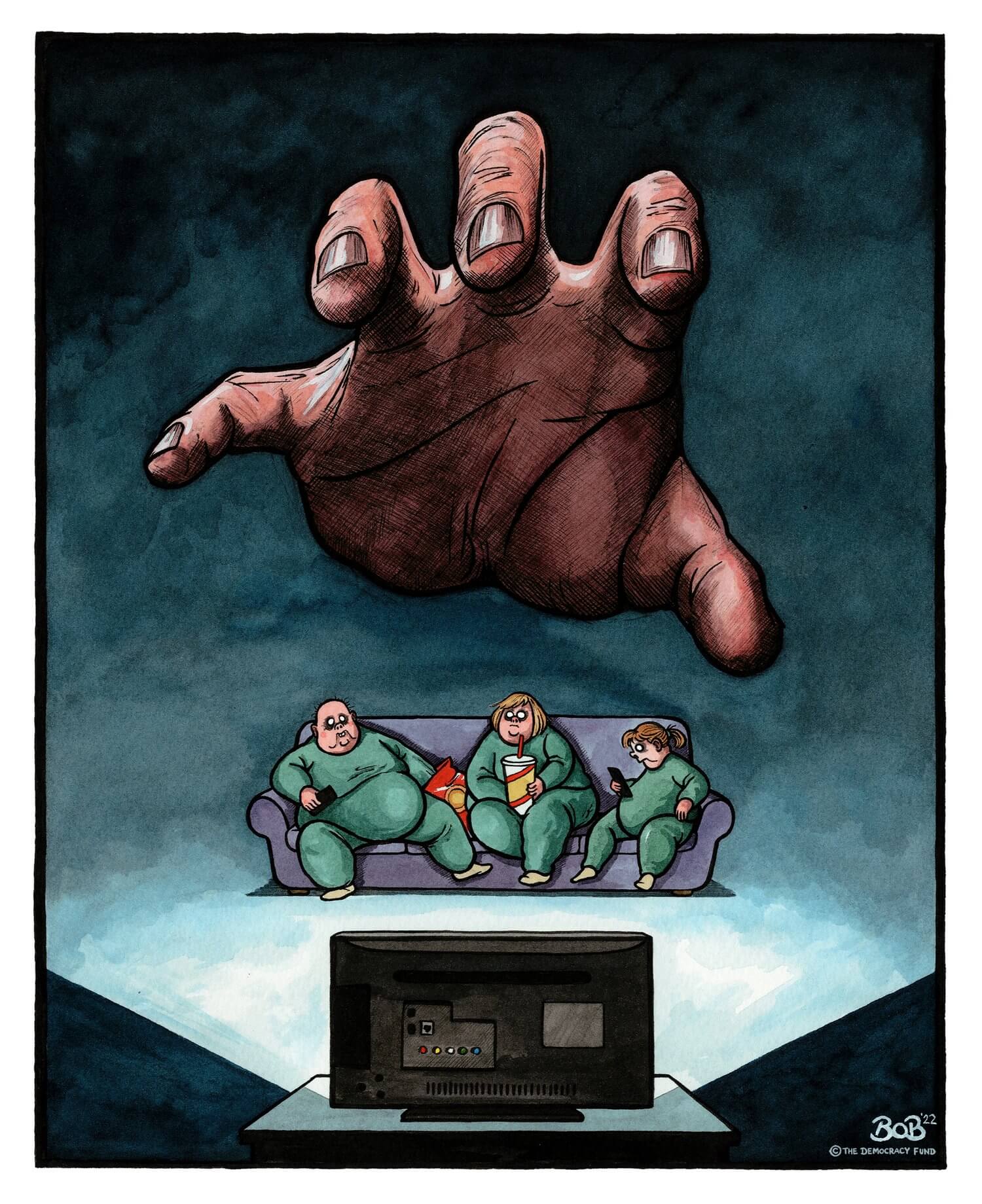