Now I’m aware as are many (including doctors and science folks on our side) that covid was and is a bio-weapon, a man-made infection that was patented to hide its true purpose and created from an atypical corona-flu-like virus. But that it was also used to initiate end-of-life-protocols in the use of deadly drugs that would otherwise not have been used or indeed were necessary!

One therefore wonders too if the vaccines were made to follow the very same protocols in creating the variants of covid in order to kill without suspicion or correlation between methods of death. And targeted at specific susceptible individuals, one patient dies of a heart condition, another of a respiratory infection, another of something unrelated etc.

Links between each case cannot not be proved conclusively, resulting in many such speculations, all of which are passed off as covid-related but not deadly medicine related!

Those hiding behind these protocols are using them as covers for their other agenda plans in finance, in civil strive, in economic shortfalls, in war to crash down nation states until people are calling for or accepting of a ‘One World Government’ structure to save them from their respective nations states shortfalls and endemic failures to deal with it.

Liam Kelly’s video ‘This is Scary Information on Dark Winter’ covers a great deal in speculation of what we may likely expect next. Even if it is not exactly what the video highlights, it is nonetheless getting closer to it, week by week.

I’m not entirely sure what to do other than what I’m doing—partaking in my local Stand-in-the-Park resistance group, which has other aspects to it.

What I do suspect though, is that we are up against something very dark and very dangerous. Something behind even those referred to as Mr Global (Catherine Fitts) or as the Elite, in which Freemasonry is heavily involved, something that is, for lack of any better words, satanic!

And just how are we going to fight that if such is already here and behind what is going on as I write this? How will the resistance across the world fight it? In Canada Strong and Free, in Germany Reiner Fuellmich and the Corona Committee, in the US Dr David Martin, Paul C Roberts, Dr Robert Malone, Dr Peter McCollough, Dr Bryan Ardis etc., in Holland/US Catherine Fitts, in Ireland Prof Dolores Cahill and many more.

If We Stay Together We Survive (lockingshields/YT): 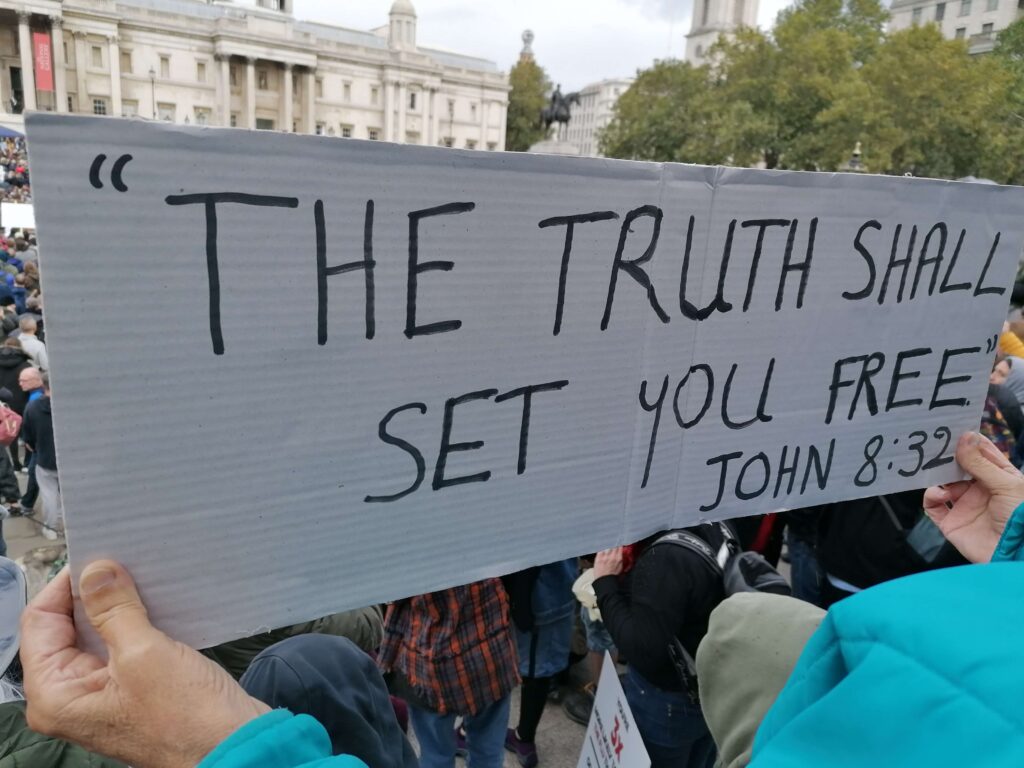 Keep warm this autumn and support the White Rose UK with this Beanie hat: