Official statistics show that hundreds of thousands more people are dying every single week all over the world than expected.

Official Government data strongly suggests it’s all because of the Covid-19 injections. We are witnessing depopulation by Covid-19 vaccination. (…)

As you can see, the world is experiencing an extremely serious issue where tens to hundreds of thousands more people are dying than what is expected every single week, and further evidence suggests it’s because of the Covid-19 injections. (…)

According to a report published on 6th July 2022, by the UK’s Office for National Statistics, just hours before Boris Johnson announced he was resigning as Prime Minister of the UK, the mortality rates per 100,000 are the lowest among the unvaccinated population in all age groups. (…)

The official figures quietly published by the UK Government provide indisputable evidence that the Covid-19 vaccines are deadly and are killing people in the thousands.

How else do you explain significant excess deaths and the fact that the vaccinated are significantly more likely to die than the unvaccinated in every single age group?

A doctor friend of mine in Canada heard about 15 deaths of Canadian doctors over the last 9 months. He’s been in practice for 30 years. He’s never heard of any such unusual deaths before of doctors. Zero in 30 years. Why is he now, all of a sudden, hearing of so many deaths, and why are these deaths all happening very soon after vaccination?

From July 13 to July 28, 7 doctors died… an average of one doctor every other day for 2 weeks straight. And the causes of death were statistically unusual: two died swimming (which is very rare), one died in her sleep (very rare), etc.

The fact checkers assure us all that all of these doctors died for other reasons; the fact that they all died right after the vaccine was simply bad luck. That’s not the right metric. The fact checkers need to tell us the last time this happened where 7 doctors died in 14 days from unusual causes. They cannot. This is unprecedented.

The Canadian doctors continue to ignore the deaths in plain sight and continue to believe what they are told to believe. I predict the next shots will be even worse.

Sadly, I don’t think the Canadian doctors are ever going to figure this out. 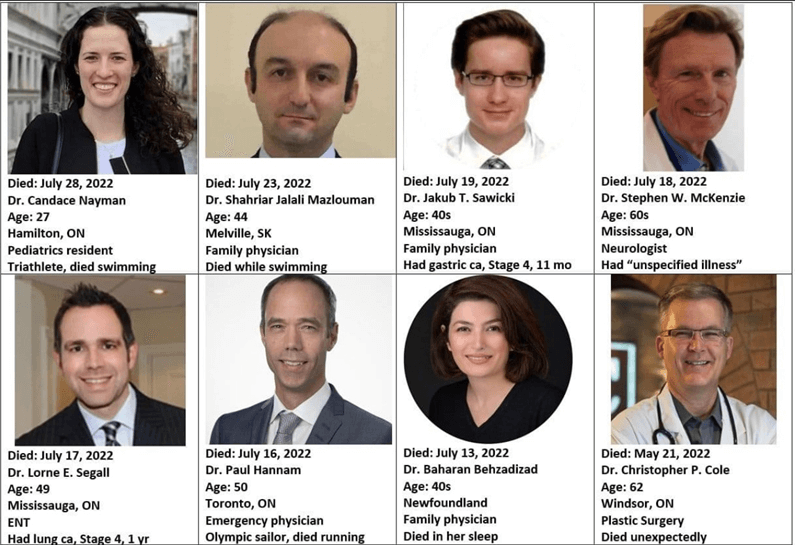 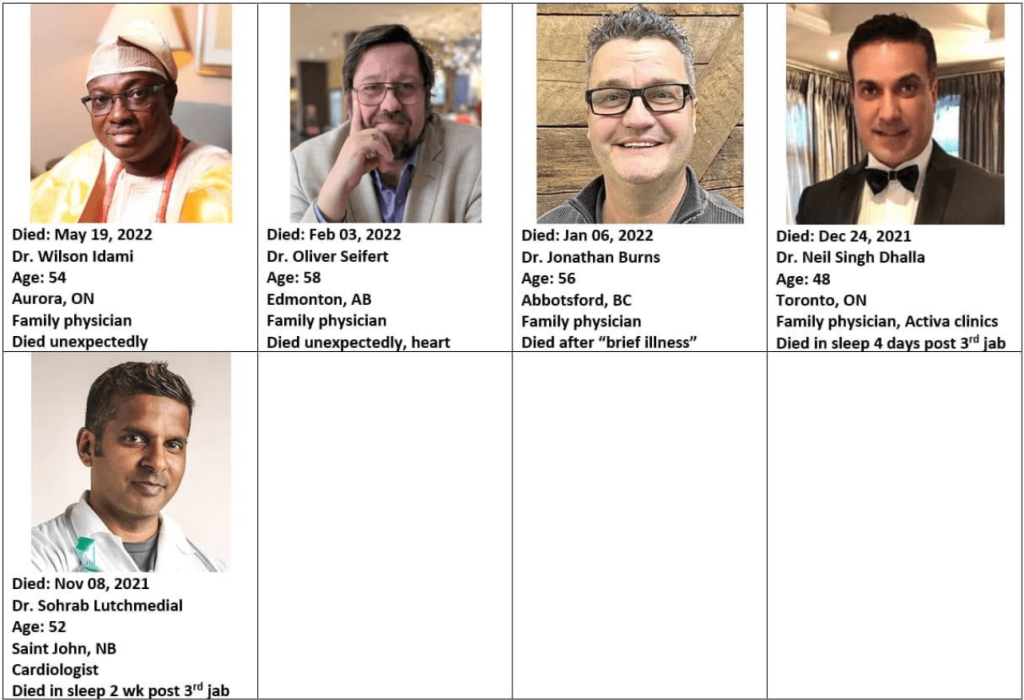 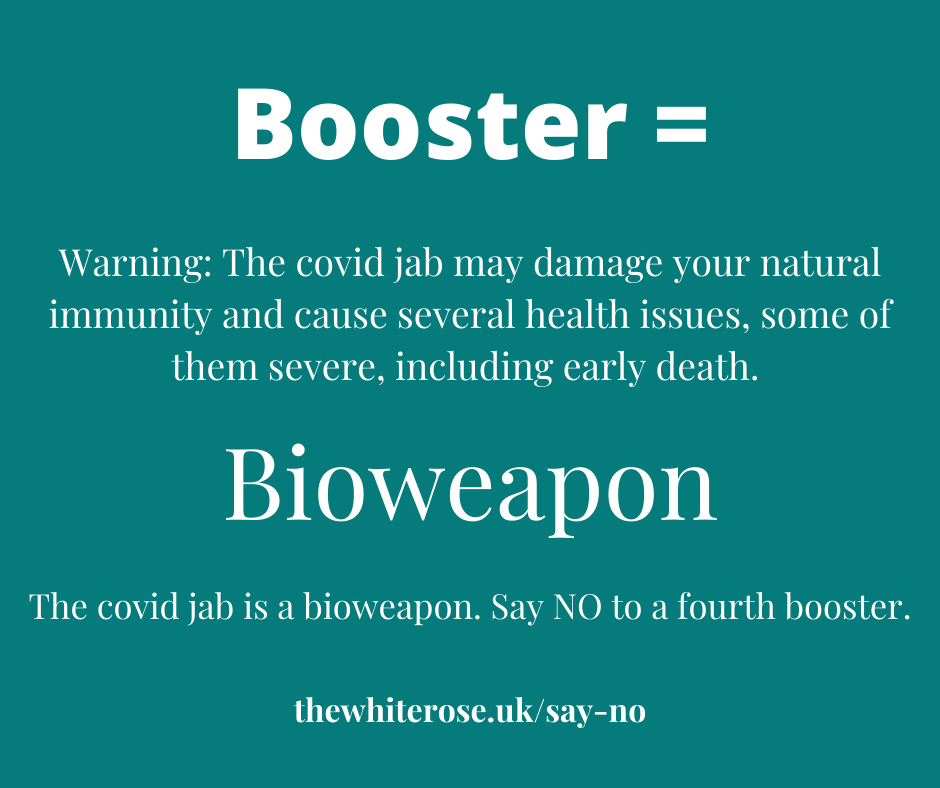 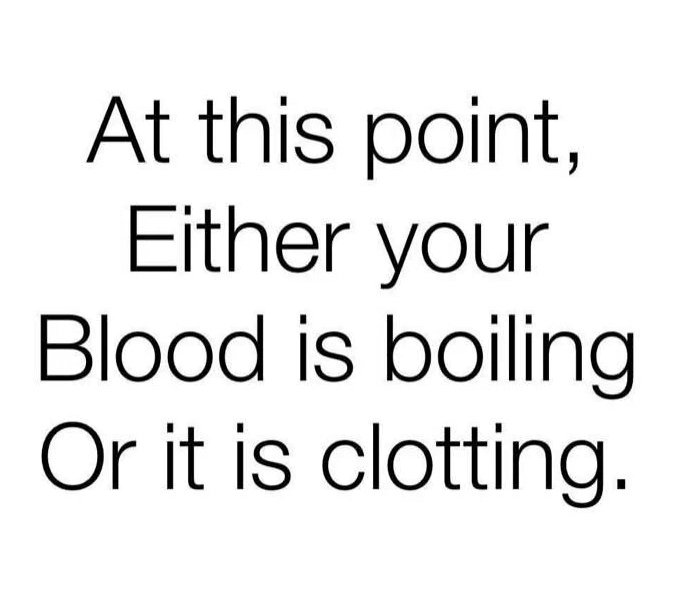