“Single acts of tyranny may be ascribed to the accidental opinion of the day; but a series of oppressions, begun at a distinguished period, and pursued unalterably through every change of ministers (administrators) too plainly proves a deliberate, systematic plan of reducing us to slavery.”
—Thomas Jefferson, A Summary View of the Rights of British America

“The whole aim of practical politics is to keep the populace alarmed (and hence clamorous to be led to safety) by menacing it with an endless series of hobgoblins, all of them imaginary.”
—H.L. Mencken, In Defense of Women

This is an SOS to the people of the world.

At this moment in history, a global coup is underway. It started in 2020. Really, it started long before that, but we’ll focus on 2020 onward because that’s when Mr. GloboCap; the philanthropaths; their mentors and muses; the tyrants; WEF puppets; the “experts”; government agencies; and the colluders yanked the rug out from under us and we began our dizzying tumble down the rabbit-hole of propaganda; menticide; psychological experimentation; dehumanization; disconnection; obedience training; censorship of “misinformation”; data obfuscation; gagging of doctors; smearing of scientists; bamboozlement; human rights violations; mandates; quarantining; martial law; medical apartheid; totalitarianism; concentration camps; and all ten stages of genocide via experimental injection, hospicide, and mockery of early treatment protocols.

Under the guise of public health, the legal infrastructure is presently being laid for one-world tyranny courtesy of the fleece-garbed wolf known as the World Health Organization.

In January 2022, that took the form of US-proposed International Health Regulations (IHR) amendments that would have granted WHO Director-General Tedros A. Ghebreyesus absolutist powers superseding the laws of sovereign nations. We succeeded in impeding all but one of those amendments, thanks primarily to the vocal opposition of African nations and readers like you, who helped alert the world even as the public opinion engineers attempted to muffle and malign us. (…)

The IHR amendments were only one part of the takeover puzzle (one they will no doubt try to resurrect at a later stage). The WHO is still forging ahead with the central and most lethiferous tool—the international pandemic accord, or, officially, the WHO CAII: Convention, Agreement, or Other International Instrument (rebranded from pandemic treaty after #StopTheTreaty went viral).

Read the full article by Margaret Anna, including many links, here: https://margaretannaalice.substack.com/p/what-if-they-threw-a-pandemic-and 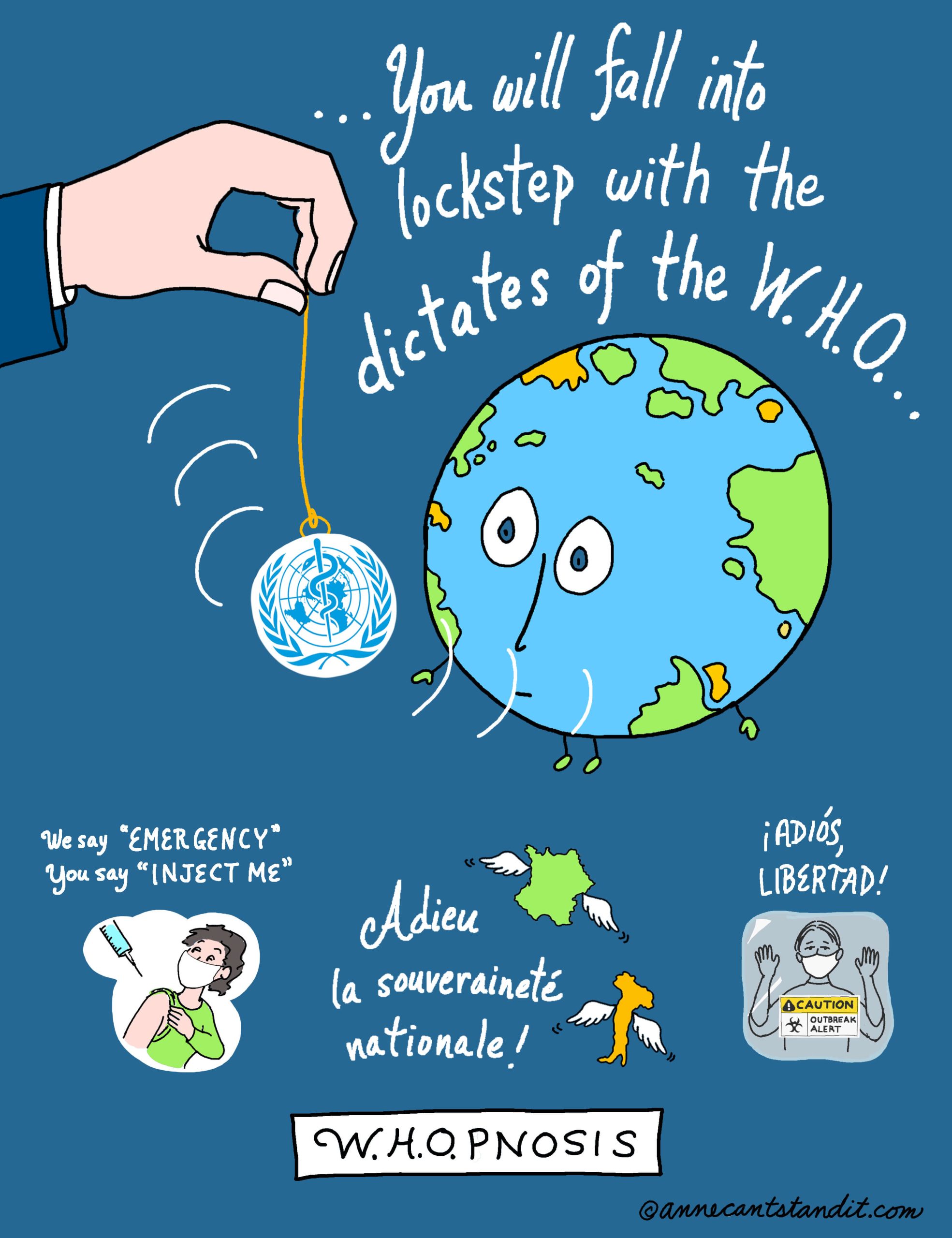 How to Overtake the World (Venicem/Rumble):