If localism would spread, it could bring down evil globalism. Go local—bring power back to the people. Don’t waste your energy on constructed crises that are far away and have nothing to do with your own life. Don’t fall for the propaganda, take care of yourself, your family, your close community. Independent small communities, growing your own food, exchanging and helping one another is the way to go.

An analysis on the current Ukraine narrative, globalism, the 2030 Agenda and a possible solution by Dave Cullen, https://computingforever.com/. 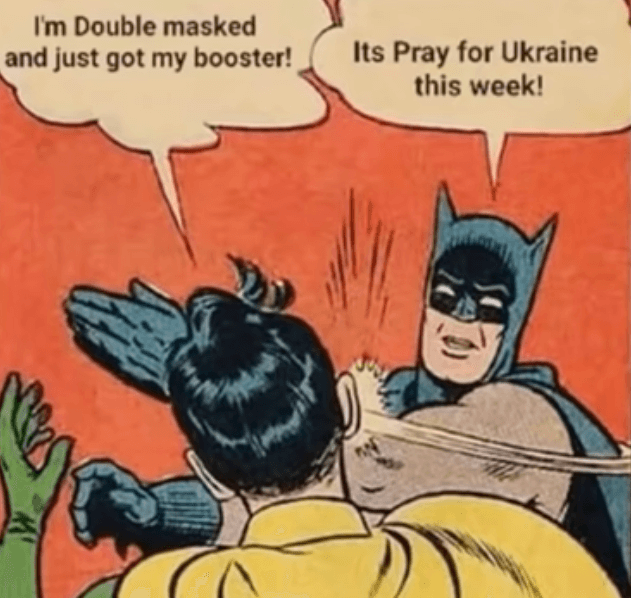 A reader comments on the media distraction:

I have read with interest concerning the major distraction of the Ukraine, over inflated news on this sudden war. I do agree that it is a major distraction from the real issues that the globalists are trying to get away with under our noses.

Have you considered a third option, that Putin is actually trying to liberate Ukraine from the globalists? He is very patriotic and quite religious in his own way. I do not in any way support communism, but I think he has been misinterpreted by the media this time for the globalists own game, and to cover up the truth. They are getting scared now because it’s not all going to plan.

Ukraine is the centre of trafficking and paedophilia and the central hub of the deep, dark state. That is why Biden and Hunter Biden have a major influence of power and money laundering there. Obama set up at least 11 bio-labs when he was in power, and Putin has just blown them up, because they are the centre of the genetic viruses that are being contrived and dispersed. They might try to release something more deadly to force people to take the vaccine. So I think, in this respect, Putin needs to be thanked.