CIA Director, William Casey is reputed to have said to Ronald Reagan ‘We’ll know our disinformation is complete when everything the American public believes is false.’

Fast forward thirty years, and there’s no piece of fiction the masses will not swallow.

From Woke to covid to the war in Ukraine, people no longer make their own ideological pilgrimages to the truth – the truth is served oven-ready by their political betters.

Nowadays, there’s little distinction between the two hemispheres: reality and illusion. It’s not so much that people have been robbed of their ability to decipher between these two, it’s that facts have been reoriented into fiction and fiction into facts. It’s a degradation of epistemology so momentous, that people don’t even know that they don’t know that they don’t know what’s happening, to quote one former anarchist.

In the grand scheme of things, humanity has perjured themselves and life as we know it has morphed into a sort of science-fiction, soap-opera with few common ancestors to reality. Even right-thinking folks require the equivalent of a cerebral chainsaw to hollow out the slew of implausible narratives into something remotely resembling reality. It goes beyond fiction to predictive programming. They’re not just deceiving you; they’re showing you that they’re deceiving you.

What is neither here nor there to the deceived is the track record of their deceivers. Before the ink dried on the newsprint proclaiming the crisis in-waiting, the falsifications of covid were buried under the falsehoods of war, Zelensky’s standing ovation at Westminster knocked Pfizer’s data release off the rostrum and those formerly joined at the hip to covid got hitched to their Ukrainian brides.

This entire fiasco holds water because what people think they know for sure, that just ain’t so, is a consensus. A preponderance of fabrications, falsehoods and false prophets governs the spiritual milieu. People worship the prosaic and glorify artifice. Their moral choices are guided by platitude and not virtue, anecdote and not evidence.

There’s a war raging, alright, but you will find its theatre of operations inside the human psyche. It is a war on consciousness, an atrophy of culture and its stark consequences is the spiritual malaise of humanity.

Read the full article on The Cogent: https://www.thecogent.org/post/revelation-of-the-method 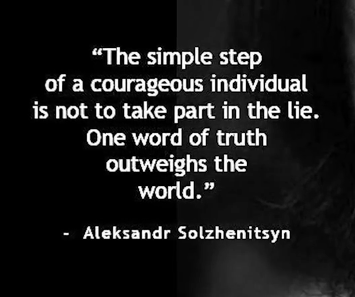