Anyone who now agrees to have a covid-19 jab is insane and should be put into a straightjacket. Anyone who gives a covid-19 jab is a criminal who should be locked up for attempted murder. I’m afraid it seems as though the first round of covid jabs simply made millions even more stupid than they were when they started out.

Sadly, many of those who were jabbed last year are only now finding out the truth about the covid jab.

The first was related to me by the man who delivered our groceries. He’d just been to take groceries to an 80-year-old man who was pouring blood from his nose. The bleeding was unstoppable. His eyes were badly bloodshot too. He and a neighbour rang for an emergency ambulance. They were told that they would have to wait two and a half hours for an ambulance. The neighbour took the gentleman to the hospital in her car.

The second was an elderly woman who works in a small shop which we use. She had apparently gone completely blind – quite suddenly. The local hospital is shut and she had no one to take her to the nearest hospital that is open. There is, of course, pretty well no ambulance service so she caught a bus for a three and a half hour ride. Lost in her new blindness she tripped and fell over when she got off the bus. No one stopped to help her up. When she finally got to her feet she ended up going the wrong way. You can probably imagine how long she had to wait to be seen when she finally reached the hospital. She was told that she’d had an unexplained bleed in her eye. She then had to make the bus journey in reverse.

The one common factor: the damned covid-19 jab. Both individuals had been recently vaccinated.

These are the realities of the covid-19 fraud: real people whose lives have been devastated by a jab they never needed and which they should never have been given. Governments and the media are constantly thinking up new reasons for the number of people dying of myocarditis and blood clots. It’s all down to covid, long covid, the weather, the number of people not paying their TV licence or the high consumption of ice cream.

How many million people are now ill or dying or dead because criminals masquerading as doctors have given these evil, toxic drugs to innocent trusting people?

When, oh when, are people going to rise up and scream STOP? 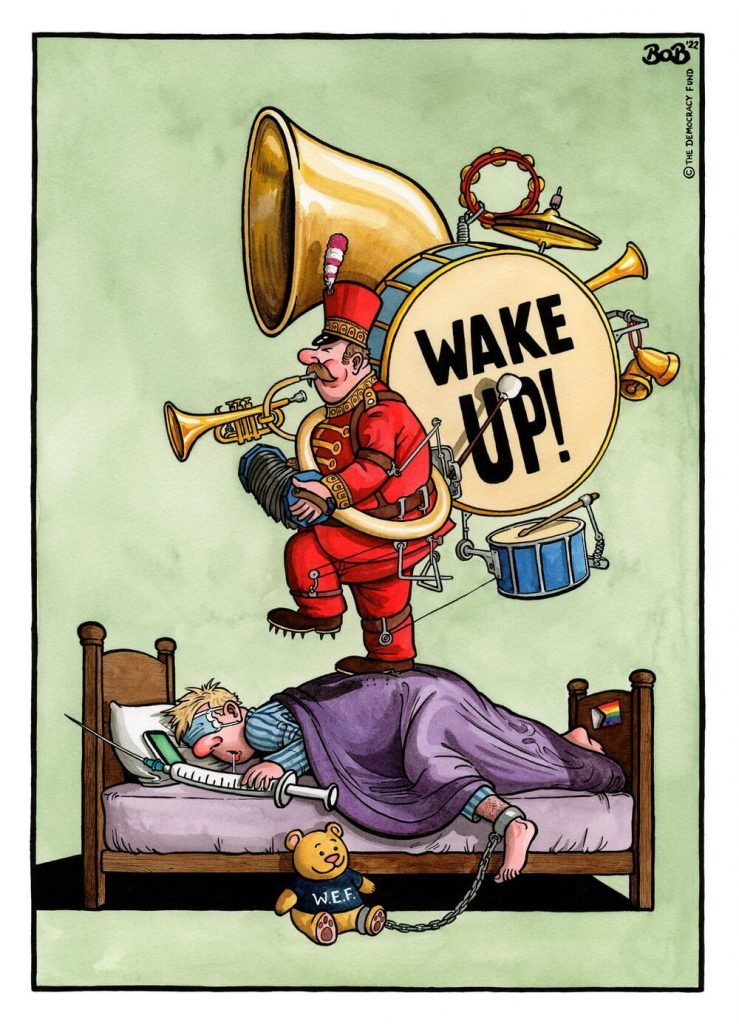