The Australian army has begun forcibly removing residents in the Northern Territories to the Howard Springs quarantine ‘Facility’ located in Darwin, after nine new covid-19 cases were identified in the community of Binjari.

The move comes after hard lockdowns were instituted in the communities of both Binjari and nearby Rockhole on Saturday night.

“Residents of Binjari and Rockhole no longer have the five reasons to leave their homes,” said Northern Territory chief minister, Michael Gunner, referring to the country’s five allowable reasons to avoid lockdown (buying food and supplies, exercising for up to two hours, care or caregiving, work or education if it can’t be done from home, and to get vaccinated at the nearest possible location).

“They can only leave for medical treatment, in an emergency, or as required by law.”

“It’s highly likely that more residents will be transferred to Howard Springs today, either as positive cases or close contacts,” he continued, adding “We have already identified 38 close contacts from Binjari but that number will go up. Those 38 are being transferred now.”

“I contacted the Prime Minister last night. We are grateful for the support of about 20 ADF personnel, as well as army trucks to assist with the transfer of positive cases and close contacts – and to support the communities. We are doing an assessment today of what extra resources we might need from the Feds, and the Prime Minister is ready to help further – I thank him for that.” (Videokings/YT)

The government of Australia’s Northern Territory has ordered the transfer of 38 Australians from a remote Aboriginal town to a quarantine facility. Nine people there had tested positive for covid-19.

The group of 38, identified by health authorities as either positive cases or “close contacts,” was taken in army trucks to Howard Springs quarantine facility, located at a former mining camp near Darwin in northern Australia.

“It is highly likely that more residents will be transferred to Howard Springs today either as positive cases or close contacts,” announced Michael Gunner, chief minister of the Northern Territory, at a press conference Sunday. (Read the full article on LifeSiteNews: https://www.lifesitenews.com/news/australian-army-hauls-38-citizens-to-quarantine-facility-over-some-positive-covid-tests/)

‘Stuff it, shove it’: Michael Gunner blasts those against vaccine mandates 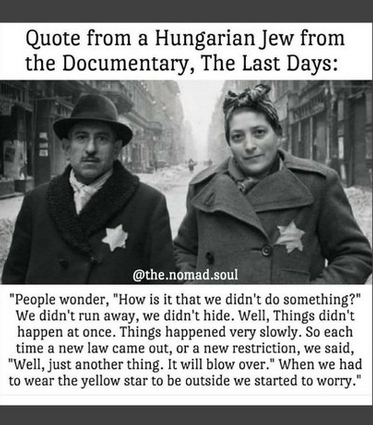 Would you like to support us? Donate to The White Rose UK. Your donation is greatly appreciated. Many thanks!

How to pray the Rosary.