In this video, Dr Guido Hofmann claims “It’s not about a virus” and that the measures taken to combat it are “disproportionate” and akin to a “dictatorship” (his words). Note there is a translation typo, and it should say ‘months’ not ‘month’.

This comes shortly after Professional and Managing Director of the Chemnitz Clinic, Thomas Jendges, committed suicide on Tuesday the 2nd of November and whose death was announced by Lord Mayor Sven Schulze on the city’s website.

For clarity, Dr Guido Hofmann is thankfully alive and in good health. The last words from Thomas Jendges were in fact never published, despite claims by some German media he had similar reservations as Dr Hoffman regarding the vaccine strategy. (Stephantual/Bitchute)

The former head of the Chemnitz hospital Dr. Thomas Jendges is dead. He threw himself to his death from the roof of the clinic. In his suicide note, he is said to have justified his step by saying, among other things, that he could no longer stand the “constant lies and deception about supposedly harmless vaccinations” associated with covid.

In his extensive suicide note, which Dr. Thomas Jendges wrote before his suicide and which he demanded to be published, he is said to have sharply criticized the information policy of governments in dealing with the dangerousness of covid vaccinations. He could no longer stand the constant lying and deception to patients and vaccinated people that vaccinations were supposedly safe, the letter is said to say.

He condemned the vaccination of the population with experimental and deadly covid-19 vaccines, which he said are in fact a bio-warfare agent. For Dr. Thomas Jendges, this is genocide and a crime against humanity, the letter should say.

Because the mayor had threatened him with dismissal if he did not stay in line and refused to carry out vaccinations on patients at the clinic, there were presumably no further options for Jendges. He said he did not want to be complicit in any crime committed by the federal government, the state government and their henchmen. He saw his suicide as the only way to set an example against this.

These are individual passages from the entire suicide note that are currently in circulation. Although Dr. Jendges has ordered that his entire suicide note be published, according to current knowledge, the mayor of Chemnitz, Sven Schulze of the SPD, continues to prevent this publication. Numerous groups have formed in various forums demanding that Schulze give up his blocking attitude and finally respect Jendges’ last wish.

The Florida Attorney General discusses the lies behind the world’s descent into tyranny. (Tony Heller/YT) 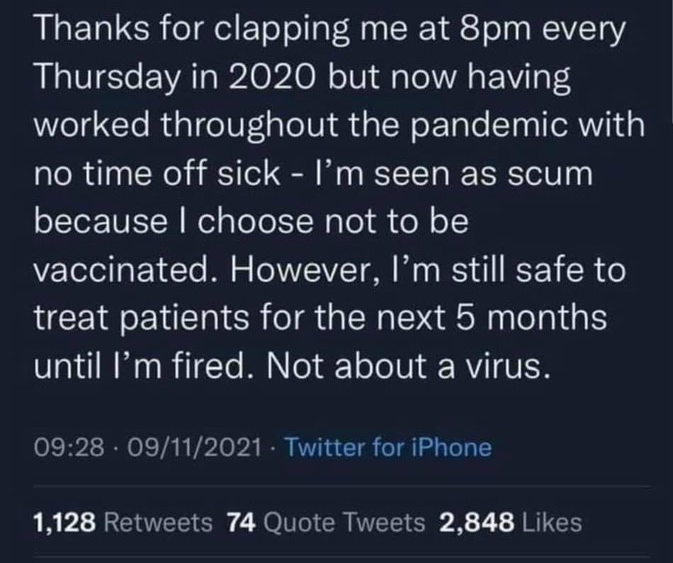