Bishop Joseph Strickland of Tyler, Texas, called out the World Economic Forum (WEF) for its “Godless” agenda and for its failure to respect man’s God-given rights.

The bishop denounced the acceptance of the WEF agenda by government leaders as a betrayal of the people they serve, who have elected such leaders to the offices they hold.

“Who elected the WEF?” Strickland said in a recent tweet. “Their agenda is Godless & does not respect our God given rights as human beings. Elected officials who bow to them are betraying the very people who elected them. We need to return to natural law which guides us in the truth.”

Who elected the WEF? Their agenda is Godless & does not respect our God given rights as human beings. Elected officials who bow to them are betraying the very people who elected them. We need to return to natural law which guides us in the truth.

One focus of this year’s annual WEF meeting currently taking place in Davos, Switzerland, is control of information, dubbed “countering misinformation.” Another focus is a futuristic post-human project of technological control that involves a godless fusing of man and machine through chip implants.

As Frank Wright has previously noted for LifeSiteNews:

The posthuman project [of the WEF] is not confined to dystopian visions of implants, social credit systems, a total surveillance state, and the abolition of private property and privacy. It is an ideology which includes the rejection of every meaningful dimension of human experience beyond the self and its desires. The rejection of God, notably by the omission of any mention of Christianity from the constitution of the European Union, is one aspect of the posthuman agenda. Another is moral inversion, which is the result of the abolition of any wider moral framework than individual desire.

The moral decline of the West, and the mental health costs of screen-based socialization, is a genuine crisis of humanity. Rather than being framed as the consequence of a form of governance increasingly reliant on the very technology which is destroying human scale relationships, this is seen by the WEF as an opportunity to usher in a posthuman, cybernetic future involving blanket biometric surveillance and the permanent fusion of humanity with machines. 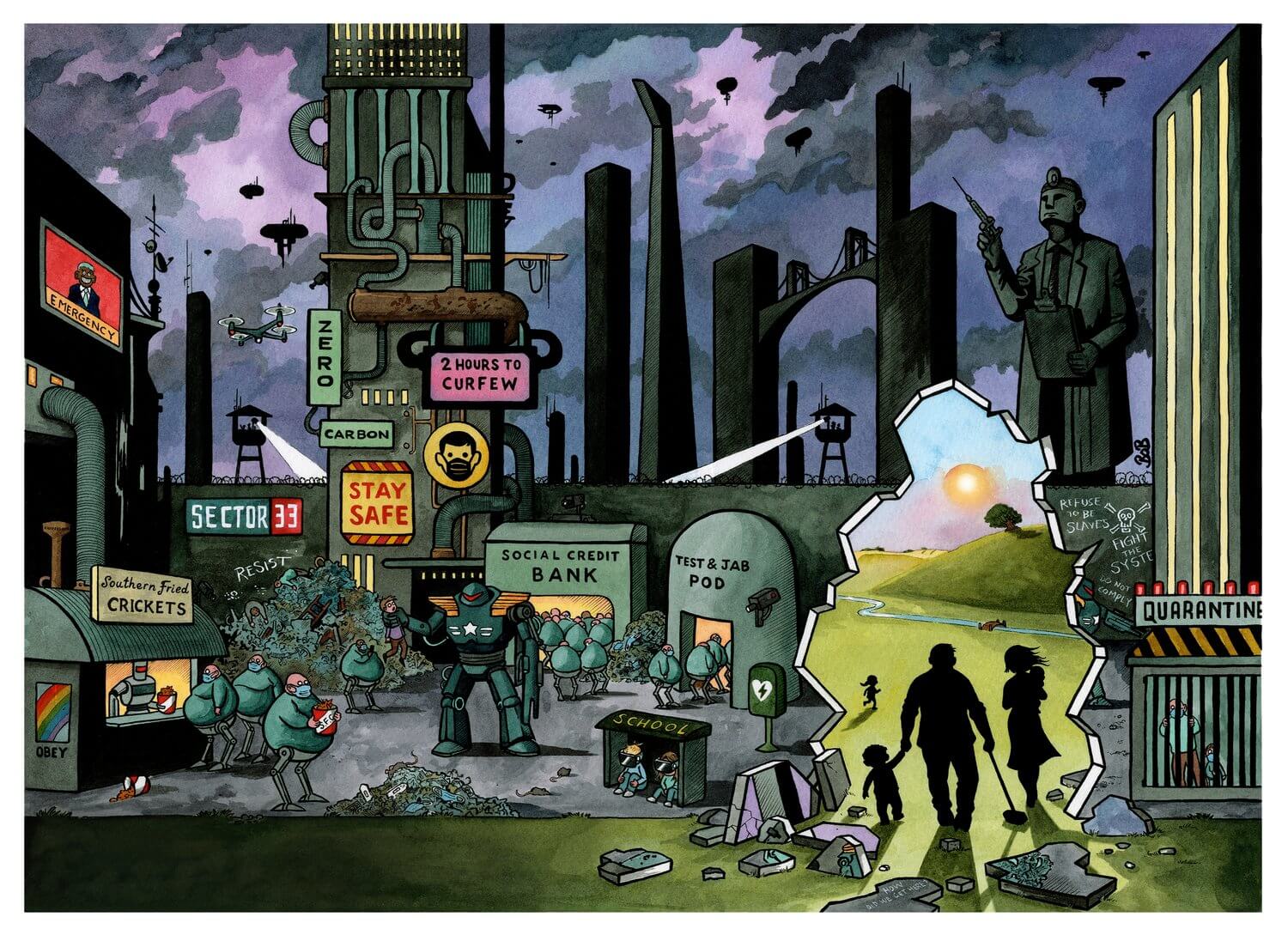