Story at a glance

As the Covid-19 lies are now being exposed at exponential speed, some of those proven wrong are getting nervous — so nervous, in fact, they’re now pleading to just let bygones be bygones.

The Atlantic has come under fire for suggesting that all the terrible pandemic-era decisions over lockdowns, school closures, masking and punishing an entire class of people who questioned the efficacy and wisdom of taking a rushed, experimental vaccine — for a virus with a 99% survival rate in most — should all be water under the bridge.

Brown University economist Emily Oster writes in The Atlantic, “We need to forgive one another for what we did and said when we were in the dark about COVID.” Brendon Marotta in his Substack Hegemon Media recounts:

These punishments would also not give those who lost their jobs, businesses, friends, family, health, or freedom anything back. What if there was another way that would be better for both victims and perpetrators?

People lose their friends, family, and freedoms. Much of the harm done was cultural, emotional, and social. No amount of money can replace the ability to grieve in person at your loved one’s funeral.”

Their Lies Have Been Exposed

For nearly the last three years, I have been exposing and documenting all of the lies that the global cabal has been promoting in their mainstream media propaganda. As expected they have now been exposed to be falsehoods, cluelessness and lies:

Their Crimes Must Be Reconciled

You weren’t allowed to say goodbye to your loved ones or attend their funerals, but the chosen ones dined at extravagant restaurants and allowed liquor stores and Wal-Mart to stay open. Your small business was destroyed, while Amazon made billions.

These murderous hypocrites killed thousands of seniors by knowingly putting infected patients into old age homes. They killed thousands more by putting treatable patients on ventilators and Fauci’s remdesivir, and additional thousands were killed by not allowing safe and effective treatments like ivermectin and hydroxychloroquine to be prescribed by doctors.

They have killed and injured hundreds of thousands through coercion, threats, mandates and a never-ending stream of lies that forced people into taking a dangerous and untested, toxic concoction — a Big Pharma bioweapon.

These “experts” seeking forgiveness, ostensibly because they were just caught up in the “hysteria” of the moment, weren’t wrong. They were lying from the outset and need to pay dearly for their crimes against humanity.

We were scorned, ridiculed, ostracised, censored, fired, deplatformed and wished dead by the authoritarian-minded sheep who demanded compliance, and treated like outcasts by family members who believed the narrative hook, line and sinker.

They pushed their agenda too far and too fast out of desperation, as the financial underpinnings of their fake world order began to strain and crumble. This desperation exposed their blatant lies to a vast array of critical thinkers across the world who have not been deterred in exposing the falsehoods on social media, blogs and free-speech websites. 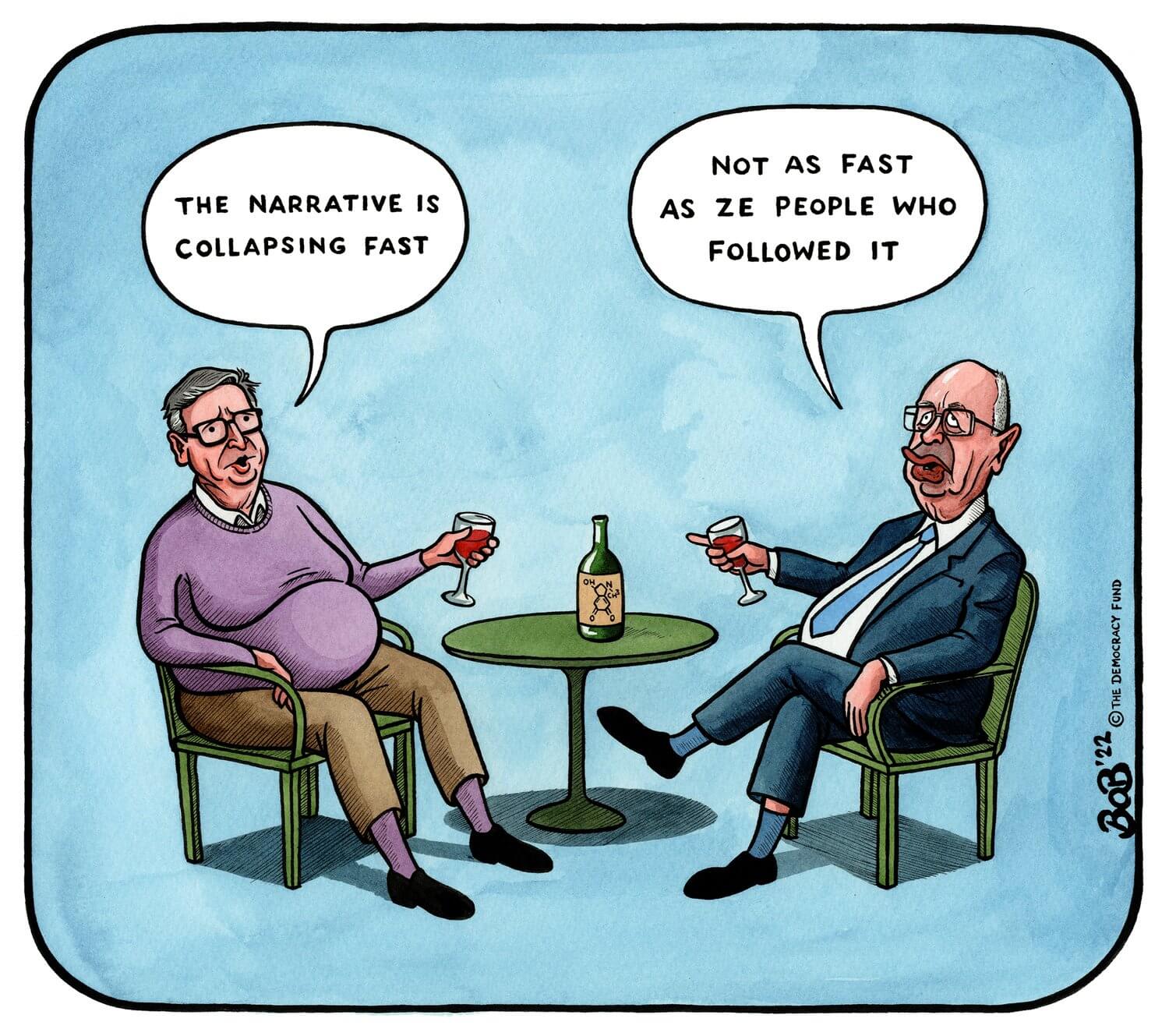